During 2021 and the global pandemic, like many companies, Vinters started to look at the technology we used and how it could be more efficient both internally and in delivering services to our customers.

Amongst the different systems that we reviewed the one that stood out as ever growing in demand and importance, particularly in a period of rapid digital transformation for both ourselves and our clients, was our backup systems.

Vinters had been an avid user and partner of R1Soft for around 8 years and whilst at first R1Soft had been a leader in backup technology in the hosting industry and the product had worked well, over the last few years it had been acquired by a few different companies and development on the product along with the support ground to a halt. This had started to lead to reliability issues and significant management overheads to ensure that data was protected and most importantly that a restore could be triggered when it was required. 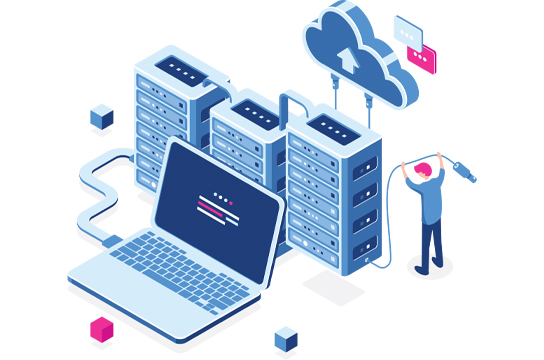 After trying to work with R1Soft to resolve the issues and to identify a product roadmap that would see things get back on track it became clear that it was time to look for a new solution that was more reliable, better supported, and more suited to the enterprise environments that we commonly work with.

The search for a new partner was exciting although short as one of our first products for testing was Veeam and we instantly came to like the product due to its storage management, enterprise application support such as Oracle and it was evident that they lived up to the strap line of “it just works” from deploying Veeam to some of our test systems.

The next phase of the project was also to introduce new hardware which provided bigger and faster storage for handling our backups to increase the reliability even further. After some testing of different storage systems we decided on HP as our vendor of choice and deployed a new rack in our data centre to solely house the backup infrastructure where as previously it had been smaller systems dotted around different racks. Not only does this strategy allow us to now offer larger storage arrays but it also significantly aids in the ease of management.

After a few more weeks of testing we signed up as a partner with Veeam and began the task of replacing just over 300 agents with Veeam in a little over 3 months. Although a few small problems were encountered which were primarily down to us learning the product, Veeam support were always ready to assist and detailed in their investigations and resolutions of problems which was a breath of fresh air compared to the support that we had previously had.

The migration to Veeam finished in early January 2021 and in the few months we have spent fully in production our team have grown to appreciate the reliability that it offers both in executing backup jobs efficiently and the ability to restore data easily. It’s easy to say that we haven’t looked back once since starting to use Veeam and we are even more excited about the upcoming releases in the Veeam roadmap and with the new features in Veeam v11.

Following the initial project and investments in our Veeam licensing and infrastructure we continue our commitment to the continual service improvement model and are further investing in ransomware protection for backups, additional offsite replication targets, and disaster recovery for hyper-scale cloud environments in addition to the roll-out of Veeam Backup and Replication v11 starting shortly.

Our backup portfolio has significantly expanded as part of this project so that we are now not only able to offer just server backups but backups for Microsoft 365, Oracle, SQL, File Shares and much more. We will shortly be launching these new services on our website in addition to Backup as a Service and Disaster Recovery as a Service offerings.

If you are interested in hearing more about our partnership with Veeam or our backup infrastructure please contact us on sales@vinters.com or 01622 524 200 and one of our account managers will be happy to connect you with one of our backup specialists. 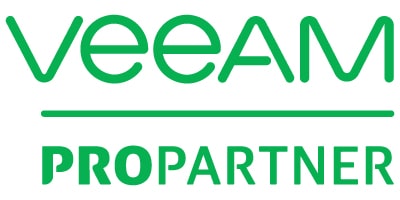